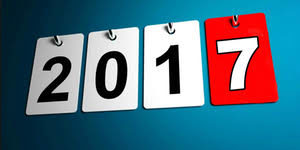 If a Louisiana lawyer were were to read just one post on this blog all year, this should be it. Here are the top ten developments in Louisiana legal ethics in 2017, and a few cases and rule-making efforts to watch in 2018.

On November 27, 2017, the LSBA Rules of Professional Conduct Committee reported that it would make “no recommendation” regarding the adoption of a rule prohibiting discrimination and harassment in conduct related to the practice of law.

In 2016, the ABA amended Model Rule 8.4 to include a broad anti-discrimination and anti-harassment provision, and three revised comments. The amendment added a new paragraph (g) to the black-letter of Rule 8.4: It is professional misconduct for a lawyer to: . . . (g) engage in conduct that the lawyer knows or reasonably should know is harassment or discrimination on the basis of race, sex, religion, national origin, ethnicity, disability, age, sexual orientation, gender identity, marital status or socioeconomic status in conduct related to the practice of law. See ABA Revised Resolution 109 (adopted Aug. 8, 2016).

Although the LSBA committee’s chairperson noted that “it is difficult to summarize the rationale of the lengthy debate in its entirety, the primary arguments made by those opposing the rule” were as follows:

Under existing law, a lawyer earns a fixed fee at the commencement of the representation. As a result, current Louisiana Rule of Professional Conduct 1.5(f)(2), permits a lawyer to deposit a fixed fee into the lawyer’s operating account—or to spend the funds—upon receipt.

The obligation to refund an unearned portion of a fixed fee after payment has caused problems in practice. The Client Assistance Fund and the Office of Disciplinary Counsel have reported instances in which a lawyer has died prior to completing the work promised. They have also reported instances in which a client has fired a deadbeat lawyer after paying a fixed fee. In such cases, the client’s request for a post-discharge refund all too often has been met with this reply: “Sorry, the money’s all gone.”

As a result of these problems, on November 21, 2017, the LSBA Rules of Professional Conduct Committee proposed a sweeping revision to the rules governing fixed-fees. See Stanley Letter to LASC (Nov. 21, 2017). Among other things, the committee’s new proposal:

This will change, however, if the Louisiana Supreme Court adopts a recent proposal from the LSBA Rules of Professional Conduct Committee. On November 21, 2017, the committee proposed a revision to Rule 1.5(b) that would require all fee agreements to be in writing:

On October 18, 2017, the Louisiana Supreme Court resolved an unsettled question as to whether a prosecutor’s “ethical” duty to disclose exculpatory evidence under Louisiana Rule of Professional Conduct 3.8(d) is broader than the similar constitutional duty under Brady v. Maryland (U.S. 1963). In an opinion written by Justice Crichton, the court determined that the duties “are coextensive.” See In re Ronald Seastrunk, No. 2017-B-0178 (La. Oct. 18, 2017).

The court’s decision in Seastrunk rejected the expansion of Louisiana Rule 3.8(d) beyond the limits of Brady, which would have been bad policy. Although a minority of states2 impose a broader “ethical” obligation to disclose exculpatory information, doing so in Louisiana would have subjected prosecutors to unwarranted discipline. Among other problems, untethering Rule 3.8(d) from Brady and the Louisiana Rules of Criminal Procedure 3 would have exposed prosecutors to discipline for simply complying with federal constitutional law and state statutory law. Disconnecting Rule 3.8(d) and Brady would have transformed routine discovery disputes into disciplinary actions. Imposing discipline on a prosecutor for failing to turn over information that is absolutely inconsequential would have been pointless and unfair. For that reason, the Seastrunk opinion correctly brings Louisiana into line with a majority of states. See State ex rel. Okla. Bar Ass’n v. Ward, 353 P.3d 509 (Okla. 2015); Disciplinary Counsel v. Kellogg-Martin, 923 N.E.2d 125 (Ohio 2010); United States v. Weiss, No. 05-CR-179-B, 2006 WL 1752373 (D. Colo. June 21, 2006); In re Attorney C, 47 P.3d 1167 (Colo. 2002).

5. Failure to Pay Litigation-Related Expenses Can be Disciplinary Misconduct

The Office of Disciplinary Counsel traditionally does not allow itself to be used as a collection agent for the vendors and creditors of lawyers. In so doing, the office has relied upon the Louisiana Supreme Court’s 2003 decision in In re Bilbe, 841 So. 2d 729 (La. 2003). In that case, the hearing committee opined that “the failure to pay an invoice of a court reporter does not constitute action that is prejudicial to the administration of justice4 even though Respondent has no justification for not paying the invoice.” Otherwise, the disciplinary counsel “would become a collection agency for creditors of attorneys.” Id. at 736.

On January 9, 2017, however, the Louisiana Supreme Court reinstated a disciplinary investigation that was closed by ODC arising out of a lawyer’s failure to pay unspecified litigation expenses:

Based on our review of the record, we find the disciplinary board was arbitrary and capricious in dismissing the complaint. This court’s opinion in In re Bilbe, 02-1740 (La. 2/7/03), 841 So. 2d 729, is limited to the unique facts presented and does not stand for the blanket proposition that an attorney’s failure to pay litigation-related expenses can never constitute conduct prejudicial to the administration of justice.

See In re Appeal of Decision of the Disciplinary Board, No. 16-PDB-049 (La. Jan. 9, 2017). As a result, the court remanded the matter to ODC “to conduct further investigation and to institute formal charges, if appropriate.” Id.

Let us all hope that this does not portend the conversion of ODC into a bill-collection agency. In the meantime, don’t crumple up that expert’s invoice.

On May 22, 2017, the ABA Standing Committee on Ethics and Professional Responsibility issued a new formal opinion on Securing Communication of Protected Client Information. See ABA Formal Op. 477R (May 22, 2017). In so doing, the committee updated a 1999 opinion on the topic because “the role and risks of technology in the practice of law have evolved” over time.

The regulatory framework governing a lawyer’s use of electronic technology for communication is built on reasonableness. A lawyer must be competent by exercising the knowledge, skill, thoroughness, and preparation “reasonably necessary” for the representation. See ABA Model Rule 1.1. Further, a lawyer must use “reasonable efforts” to prevent the inadvertent or unauthorized disclosure of client information. See ABA Model Rule 1.6(c). To comply with these standards, a lawyer must keep “abreast of knowledge of the benefits and risks associated with relevant technology.” See ABA Model Rule 1.1, cmt. 8. What is “reasonable,” of course, changes with the circumstances. Among the factors a lawyer should consider in handling electronic information are the following:

See ABA Model Rule 1.6, cmt. 18. Given these indeterminate standards, what’s a lawyer to do? The opinion offers some helpful advice.

7. Use of Fake Subpoenas by New Orleans Area Prosecutors

In April 2017, The Lens began to expose the use of fake subpoenas by prosecutors in Orleans Parish, Jefferson Parish, and St. Tammany Parish. See Charles Maldonado, Orleans Parish Prosecutors are Using Fake Subpoenas to Pressure Witnesses to Talk to Them (Apr. 26, 2017); Charles Maldonado, Jefferson Parish Prosecutors Used Fake Subpoenas Similar to Those in New Orleans (Apr. 27, 2017); Charles Maldonado, Notices Sent to Witnesses on North Shore Weren’t Called Subpoenas, But They Looked Real Enough (May 19, 2017). These “subpoenas,” issued without court approval, summoned recipients to the prosecutors’ offices for interviews on threat of “fine and imprisonment” for “failure to obey.”

It is inappropriate for the district attorney’s office to falsely declare that such documents are “subpoenas” and to state that disregarding them can be punishable by fine or imprisonment. These statements are “false statements of material fact or law to a third person,” and may violate Louisiana Rule of Professional Conduct 4.1(a).

Both the ABA Model Rules of Professional Conduct and the corresponding Louisiana Rules broadly prohibit a lawyer from revealing former-client confidences. A lawyer may do so rarely and then only when a specific exception in the rule governing existing-client confidentiality applies.

Formal Opinion 479 attempts to clear up this confusion and to craft a “workable definition” of the generally-known standard. To this end, the opinion defines two circumstances under which information is “generally known.”

First, information is “generally known” when it is “widely recognized by members of the public in the relevant geographic area.” Id. Such wide recognition—or “public notoriety”—can result from “publicity through traditional media sources, such as newspapers, magazines, radio, or television; through publication on internet web sites; or through social media.” Id.

On September 28, 2017, the United States Supreme Court granted certiorari in McCoy v. Louisiana, No. 16-8255 to decide whether it is ineffective assistance of counsel under the Sixth Amendment for defense counsel in a capital case to concede guilt over the defendant’s objections and protestations of innocence.

McCoy was convicted of first-degree murder in Bossier Parish for killing his estranged wife’s son, mother, and step-father. During opening statements in the guilt phase of McCoy’s trial in 2011, McCoy’s lawyer explicitly and repeatedly conceded that McCoy had murdered the three deceased: “I’m telling you, Mr. McCoy committed these crimes.” McCoy was convicted and sentenced to death.

The Supreme Court has ordered briefing and will consider the matter at oral argument in January 2018.

On December 21, 2017, the ABA Standing Committee on Ethics and Professional Responsibility issued a working draft of proposed amendments to the lawyer-advertising provisions of the ABA Model Rules of Professional Conduct. See ABA Standing Cmte. on Ethics and Prof’l Responsibility, Working Draft of Proposed Amendments to Model Rules 7.1-7.5 (Dec. 21, 2017). In a memorandum accompanying the draft, the committee noted that its proposals are intended to “streamline and simplify” the rules and to permit lawyers “to use new technologies that can inform consumers accurately and efficiently about the availability of legal services.” See Barbara S. Gillers, Memorandum in Support of Working Draft of Proposed Amendments to ABA Model Rules of Prof’l Conduct on Lawyer Advertising at 2 (Dec. 21, 2017). The committee recommends the following:

The committee has circulated its proposals to state bar associations, the Conference of Chief Justices, the National Organization of Bar Counsel, and the Association of Professional Responsibility Lawyers. It will accept public comment at the ABA midyear meeting in Vancouver in February 2018, and then publish final proposals in spring 2018. Ultimately, the committee hopes to put the proposals up for a vote at the ABA House of Delegates meeting in August 2018.

In my view, the answer to all of these questions is “no.” As APRL, other state bar associations, and now the ABA have begun to recognize, lawyer-advertising regulations should simply ensure that lawyers don’t deceive or coerce prospective clients. Those laudable goals are best accomplished with simple rules prohibiting false and misleading communications, and prohibiting in-person solicitation. For that reason, the labyrinthine regulations contained in the current Louisiana rules should be reworked.