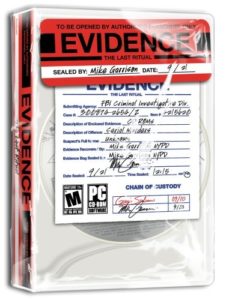 On October 18, 2017, the Louisiana Supreme Court resolved an unsettled question as to whether a prosecutor’s “ethical” duty to disclose exculpatory evidence under Louisiana Rule of Professional Conduct 3.8(d) is broader than the similar constitutional duty under Brady v. Maryland (U.S. 1963). In an opinion written by Justice Crichton, the court determined that the duties “are coextensive.” See In re Ronald Seastrunk, No. 2017-B-0178 (La. Oct. 18, 2017).1

Ronald Seastrunk was a prosecutor employed by the office of the Vernon Parish District Attorney. From 2010 through 2012, he and former assistant district attorney (and current district judge) Scott Westerchil prosecuted Justin Sizemore for murdering Christopher Hoffpauir. After two mistrials, Mr. Sizemore was convicted of second degree murder in May 2012. The principal state witness at all three Sizemore trials was the victim’s estranged wife, Kristyn Hoffpauir. After pleading guilty and “turning state’s evidence,” Kristyn testified that she was dating the defendant, Mr. Sizemore, and that he shot and killed her husband. The defense contended, however, that she was the perpetrator and lied about Sizemore’s role. The jury rejected Kristyn’s testimony, and unanimously convicted Mr. Sizemore of murder.

ODC contended that the prosecutors failed to turn over impeachment evidence obtained from Jody Thibeaux, a witness who testified for the defense. More particularly, ODC contended that during the first trial prosecutors suggested that Kristyn could not have been “the shooter” because she was not familiar with firearms; that a Vernon Parish Sheriff’s Office detective, Ray Ortiz, interviewed Thibeaux after the first trial and learned that Kristyn had previously possessed a stolen .22-caliber revolver; and, that the state “failed to disclose” Kristyn’s prior gun possession in violation of Brady. ODC alleged that Seastrunk and Westerchil violated Rule 3.8(d) by ‘failing to make timely disclosure to the defense of all evidence or information known to the prosecutor that the prosecutor knows, or reasonably should know, either tends to negate the guilt of the accused or mitigates the offense . . . .’”

The information about the .22-caliber revolver–namely, that Kristyn once possessed such a weapon–was not “material” because it would have had no effect whatsoever on the Sizemore trial. Indeed, ODC conceded that the evidence withheld in the Sizemore trial was not material and exculpatory under Brady. Nevertheless, ODC argued that disclosure was “ethically required by Rule 3.8(d).”

In rejecting ODC’s argument, the court held that the ethical and constitutional disclosure obligations are co-extensive. In so doing, the court reasoned that “under conflicting standards, prosecutors would face uncertainty as to how to proceed, as they could find themsleves in compliance with the standard enumerated in Brady, but in potential violation of the obligation set forth in Rule 3.8(d).” Id. at 18. Furthermore, a broader obligation under Rule 3.8(d) would invite “the use of an ethical rule as a tactical weapon in criminal litigation.” Id. As a result, the court dismissed the formal charges against Mr. Seastrunk.

The court’s decision in Seastrunk was correct. Expanding Louisiana Rule 3.8(d) beyond the limits of Brady would have been bad policy. Although a minority of states2 impose a broader “ethical” obligation to disclose exculpatory information, doing so in Louisiana would have subjected prosecutors to unwarranted discipline. Among other problems, untethering Rule 3.8(d) from Brady and the Louisiana Rules of Criminal Procedure 3 would have exposed prosecutors to discipline for simply complying with federal constitutional law and state statutory law. Disconnecting Rule 3.8(d) and Brady would have transformed routine discovery disputes into disciplinary actions. Imposing discipline on a prosecutor for failing to turn over information that is absolutely inconsequential would have been pointless and unfair. For that reason, the Seastrunk opinon correctly brings Louisiana into line with a majority of states. See State ex rel. Okla. Bar Ass’n v. Ward, 353 P.3d 509 (Okla. 2015); Disciplinary Counsel v. Kellogg-Martin, 923 N.E.2d 125 (Ohio 2010); United States v. Weiss, No. 05-CR-179-B, 2006 WL 1752373 (D. Colo. June 21, 2006); In re Attorney C, 47 P.3d 1167 (Colo. 2002).

Given the court’s decision in Seastrunk, the LSBA should propose to the Louisiana Supreme Court that Rule 3.8(d) be amended to expressly include the Brady “materiality” standard in the black-letter text of the rule. A revision to accomplish this would be as simple as inserting the word “material” into the rule: