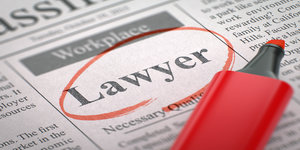 On December 21, 2017, the ABA Standing Committee on Ethics and Professional Responsibility issued a working draft of proposed amendments to the lawyer-advertising provisions of the ABA Model Rules of Professional Conduct. See ABA Standing Cmte. on Ethics and Prof’l Responsibility, Working Draft of Proposed Amendments to Modle Rules 7.1-7.5 (Dec. 21, 2017). In a memorandum accompanying the draft, the committee noted that its proposals are intended to “streamline and simplify” the rules and to permit lawyers “to use new technologies that can inform consumers accurately and efficiently about the availability of legal services.” See Barbara S. Gillers, Memorandum in Support of Working Draft of Proposed Amendments to ABA Model Rules of Prof’l Conduct on Lawyer Advertising at 2 (Dec. 21, 2017). The committee recommends the following:

The committee has circulated its proposals to state bar associations, the Conference of Chief Justices, the National Organization of Bar Counsel, and the Association of Professional Responsibility Lawyers. It will accept public comment at the ABA midyear meeting in Vancouver in February 2018, and then publish final proposals in spring 2018. Ultimately, the committee hopes to put the proposals up for a vote at the ABA House of Delegates meeting in August 2018.

Should Louisiana Amend Its Advertising Rules?

In my view, the answer to all of these questions is “no.” As APRL, other state bar associations, and now the ABA have begun to recognize, lawyer-advertising regulations should simply ensure that lawyers don’t deceive or coerce prospective clients. Those laudable goals are best accomplished with simple rules prohibiting false and misleading communications, and prohibiting in-person solicitation. For that reason, the labyrinthine regulations contained in the current Louisiana rules should be reworked.