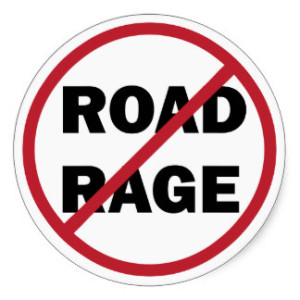 The New Mexico Supreme Court publicly censured a lawyer for intentionally honking his car horn at a judge crossing a street, and then recklessly accelerating toward the judge “in a manner designed to frighten and harass him.” See In re Dixon, No. 33,713 (N.M. Aug. 24, 2015). The court found that the lawyer had a history of “personal animosity” and “professional disdain” for the judge. Said the court:

It is of no moment that Mr. Dixon has not been convicted of a crime based on his conduct toward Judge Hartley. Whether a conviction is obtained and whether that conviction is of a felony or a misdemeanor is less important than the nature and extent of the underlying conduct. Even if Mr. Dixon’s conduct did not directly implicate honesty or trustworthiness, accelerating one’s car toward a judge crossing the street, because of its inherently violent nature, necessarily calls into question one’s fitness as an attorney.

This would likewise be sanctionable conduct in Louisiana. Under Louisiana Rule 8.4(b), a lawyer engages in “misconduct” and is thus subject to discipline under this rule if he or she engages in any “criminal act.” A lawyer is subject to discipline under this rule even if the criminal act does not result in conviction. See, e.g., In re Williams, 85 So. 3d 583, 591-92 (La. 2012) (disbarring lawyer for homicide despite not being convicted of any crime related to the homicide); In re Estiverne, 741 So. 2d 649, 652-54 (La. 1999) (suspending lawyer for assault with a handgun that did not result in conviction). Finally, a lawyer may be sanctioned for criminal conduct that is wholly unrelated to the practice of law. See In re James, 108 So. 3d 747 (La. 2013) (suspending lawyer for 2 DWI convictions); In re Blanche, 90 So. 3d 1034, 1039 (La. 2012) (suspending lawyer for three alcohol and drug related criminal offenses); see also ABA Comm. on Ethics and Prof’l Responsibility, Formal Op. 336 (1974).