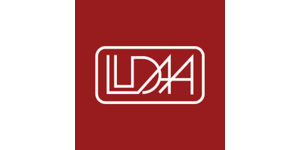 Nearly two years ago, the court resolved an unsettled question as to whether a prosecutor’s “ethical” duty to disclose exculpatory evidence under Louisiana Rule of Professional Conduct 3.8(d) is broader than the similar constitutional duty under Brady v. Maryland (U.S. 1963). In an opinion written by Justice Crichton, the court determined that the duties “are coextensive.” See In re Ronald Seastrunk, No. 2017-B-0178 (La. Oct. 18, 2017).1

In late May 2019, however, the Louisiana State Bar Association’s Rules of Professional Conduct Committee—at the urging of the Office of Disciplinary Counsel—rejected a proposed amendment to Rule 3.8(d) that would have brought the black-letter text of the rule into line with the court’s ruling in Seastrunk. Instead, the committee voted to retain language that is simply no longer the law in Louisiana. A baffling and bizarre vote indeed.

The LDAA’s resolution, if adopted by the court, would revise Rule 3.8(d) to include the Brady “materiality” standard in the black-letter text of the rule:

See LDAA Letter to Louisiana Supreme Court Regarding Rule 3.8(d) (Jul. 22, 2019). This proposed revision is sensible and would provide clear and accurate guidance to Louisiana prosecutors. It should be adopted by the court.