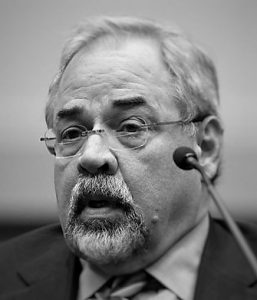 On May 4, 2016, the United States Court of Appeals for the Fifth Circuit affirmed the suspension of New Orleans lawyer Joseph N. Mole from the practice of law in the district for conduct prejudicial to the administration of justice. See In re Joseph Nicolas Mole, No. 15-30647 (May 4, 2016) (“Mole Fifth Circuit Opinion) (for the district court decision, see In re Joseph N. Mole, No. 11-966 (Jun. 5, 2015)).

In 1996, Mr. Mole represented a client in a case pending before then United States District Judge G. Thomas Porteous, Jr. In an effort to force Judge Porteous’s recusal, Mr. Mole retained as co-counsel Jefferson Parish lawyer Don C. Gardner, a close friend of Judge Porteous.1 Mr. Gardner had “nothing of substance to offer” other than his friendship to Porteous,2 and was to receive a $100,000 “severance fee” if Porteous was recused.

Finding that Mr. Mole intentionally participated “in a contrivance by which Mr. Gardner’s services were sought and obtained” to “secure the recusal of Porteous,” the district court held that Mr. Mole violated Rule 8.4(d) and Rule 8.4(e) for engaging in conduct prejudicial to the administration of justice and for implying the ability to improperly influence a judge.3 As a result, the district court suspended him for a period of one year with all but six months deferred. Because the district court “considered and applied the ABA standards before imposing discipline, and because the sanction imposed is consistent with Louisiana precedent,” the Fifth Circuit held that it “did not abuse its discretion in imposing its chosen sanction.” See Mole Fifth Circuit Opinion at 14.