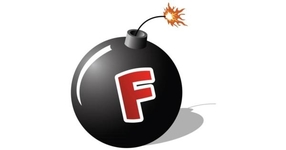 North Carolina lawyer Jennifer Nicole Foster confronted a magistrate in a detention center to inquire about arrest warrants that had been issued for members of the Occupy Asheville movement. When the magistrate was unable to tell her, she asked “what the hell is going on around here,” and then exclaimed “what the fu** is going on around here” as she left uttering more vulgarities. The state bar charged her with violating Rules of Professional Conduct 3.5 and 8.4.

North Carolina Rule 3.5 prohibits “conduct intended to disrupt a tribunal, including … undignified or discourteous conduct that is degrading to a tribunal.” Ms. Foster admitted to spewing vulgarities, but contended that “a magistrate is not a tribunal.” Noting that magistrates are “created in the same constitutional article as the state’s judicial branch and are declared officers of the district court,” the court rejected her absurd argument, finding it “unpersuasive.”

We again emphasize that defendant’s conduct—regardless of whether it occurred in a courtroom or a magistrate’s office—was clearly offensive and inappropriate. Further, there is a reasonable likelihood that such conduct encourages disrespect for our court system and damages the reputation of the legal profession. We thus hold that the DHC did not err in finding that defendant exhibited conduct prejudicial to the administration of justice in violation of Rule 8.4(d).