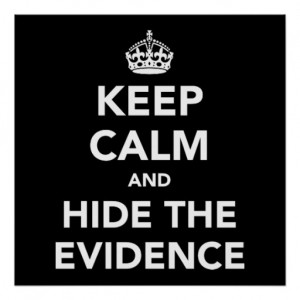 The Due Process Clause requires a prosecutor to disclosure exculpatory evidence only if the evidence is “material.” Evidence is “material” when failing to produce it would be “of sufficient significance to result in the denial of the defendant’s right to a fair trial.” United States v. Agurs, 427 U.S. 97, 108 (1976).1

Some reported decisions concur with the ABA’s interpretation. For example, District of Columbia and North Dakota courts have held that a prosecutor’s ethical obligation to disclose extends to immaterial evidence. See In re Kline, DCCA 13-BG-851 (April 9, 2015); In re Disciplinary Action Against Feland, 820 N.W.2d 672, 678 (N.D. 2012).

In a December 17, 2015, opinion, Texas sided with those jurisdictions requiring the disclosure of even immaterial exculpatory evidence. See Schultz v. Comm’n for Lawyer Discipline of the State Bar of Tx., SBOT Case No. D0121247202 (Dec. 17, 2015). Schultz, an assistant district attorney, failed to disclose to the defense “the limited ability of the state’s key witness to identify her attacker because [the prosecutor] did not think it was either exculpatory or material,” see id. *3, including evidence that the victim reported that she “couldn’t see his face,” and that she identified the perpetrator based only “on his smell, the sole of his boot, and his stature as seen in his shadow,” see id. *5. In imposing a fully-deferred suspension, the Commission held that “the materiality standard under Brady does not apply to Rule 3.09(d).” Id. *4. According to the Commission, “[t]his result is consistent with the language and purpose of the disciplinary rule to protect the public.” Id. *21.

Whether a Louisiana prosecutor violates Louisiana Rule 3.8(d) by failing to disclose immaterial exculpatory evidence is an unsettled issue. In the only Louisiana case discussing discipline under Rule 3.8(d), the Louisiana Supreme Court evaluated the materiality of the impeachment information in question before finding a violation of the rule. See In re Jordan, 913 So. 2d 775, 781-82 (La. 2005); see also In re Riek, No. 2011AP1049-D at *11 (Wisc. Jul. 23, 2013) (noting that Louisiana in In re Jordan construed Rule 3.8(d) in a manner “consistent with the requirements of Brady and its progeny”); Steven Koppell, An Argument Against Increasing Prosecutors’ Disclosure Requirements Beyond Brady, 27 Geo. J. Legal Ethics 643, 647 n.49 (2014) (noting that Louisiana in In re Jordan “align[ed] Rule 3.8(d) with the disclosure required by Brady”).

The issue is a normatively difficult one. On the one hand, requiring the disclosure of all exculpatory evidence would encourage prosecutors to err on the side of disclosure and obviate the need for them to make difficult judgment calls about the significance of evidence. On the other hand, sanctioning prosecutors for failing to disclose trivial information that would not affect a criminal trial in a meaningful way is unnecessarily punitive. And, isn’t the requirement that evidence be “material” somewhat baked in to the text of the rule? After all, the only evidence that would “tend to exculpate” a defendant is evidence that actually matters—evidence that is “material.”