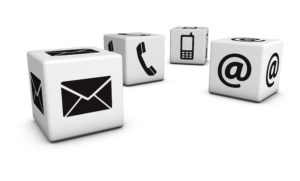 On August 31, 2016, the Minnesota Supreme Court admonished a Colorado lawyer for engaging in the unauthorized practice of law by helping his in-laws with a dispute against their condominium association. More particularly, the lawyer sent approximately two dozen emails to a Minnesota lawyer in an effort to settle the association’s claim for $2,368.13. Of course, he was working for his in-laws pro bono. See In re Charges of Unprofessional Conduct in Panel File No. 39302, No. A15-2078 (Mn. Aug. 31, 2016).

First, the Minnesota Supreme Court rejected the respondent’s argument that he was not practicing “in” Minnesota because he was never physically present there:

Second, the court rejected the respondent’s contention that his temporary practice in Minnesota was authorized because his in-laws’ matter was “reasonably related” to his practice in Colorado. In evaluating whether a matter “relates to” a lawyer’s home-state practice, the court considered the following factors:

Id. at 12. Finding none of these factors to be present, the court found that the lawyer’s “in-laws were not long-standing clients; nor was there any connection between the in-laws’ case and the state or laws of Colorado. And while appellant’s Colorado practice may involve judgment collections work, nothing in the record establishes that this work was based on a body of federal or nationally uniform law.” Id. at 13.

Concluding that the misconduct was “minimal” and “non-serious,” the court imposed only a private admonition. See id. at 15. A reasonable sanction, if any was appropriate.

Three justices dissented on the grounds that the lawyer’s “temporary provision of legal assistance to his parents-in-law regarding the negotiation of a small collection matter in Minnesota is ‘reasonably related’ to appellant’s practice of law in Colorado.” Id. at D-1. As a policy matter, the dissent found the majority opinion to be “troubling and counterproductive”:

The ABA Model Rule 5.5(c), as adopted by our state, was intended as a broad catch-all that “represent[s] a bold step towards new latitude in [a] multijurisdictional practice of law,” which accommodates the increasingly mobile and electronic nature of modern, national legal practice. . . . Today’s decision represents a step backwards. By the court’s reasoning,
when family members or friends—an abundant source of clients—email or call a practitioner admitted in another state, seeking assistance in areas in which the practitioner is experienced and competent, relying on a relationship of trust and confidence, they must be turned away. Those potential clients must then expend unnecessary time and resources to research and hire local counsel—even for minor, temporary services in which the outof-state lawyer could have provided efficient, inexpensive, and competent service. Simply put, the court’s decision is contrary to the principles and policy goals intended by Rule 5.5(c).

Louisiana lawyers too should be very cautious in giving advice to out-of-state relatives. Louisiana Rule of Professional Conduct 5.5(a) provides that “[a]  lawyer shall not practice law [in a jurisdiction] in violation of the regulation of the legal profession in that jurisdiction, or assist another in doing so.” See La. Rules of Prof’l Conduct R. 5.5(a) (2004). The rule broadly defines the “practice of law” to include the following activities:

(i) holding oneself out as an attorney or lawyer authorized to practice law;

(ii) rendering legal consultation or advice to a client;

(iii) appearing on behalf of a client in any hearing or proceeding, or before any judicial officer, arbitrator, mediator, court, public agency, referee, magistrate, commissioner, hearing officer, or governmental body operating in an adjudicative capacity, including submission of pleadings, except as may otherwise be permitted by law;

(iv) appearing as a representative of the client at a deposition or other discovery matter;

(v) negotiating or transacting any matter for or on behalf of a client with third parties;

(vi) otherwise engaging in activities defined by law or Supreme Court decision as constituting the practice of law.