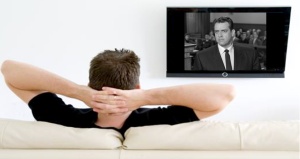 The Supreme Court of Tennessee recently imposed a one-year suspension on Knoxville lawyer Yarboro Sallee for billing her client for watching TV. See Sallee v. Tn. Board of Prof’l Resp., No. E2014-01062-SC-R3-BP (Jul. 23, 2015). After a woman died in a fall down the steps of her home, the victim’s daughter hired Sallee to evaluate whether the fall was the result of a homicide rather than an accident. Sallee agreed to charge $250/hour for her services.

Astonishingly, Sallee billed her clients for over 528 hours of work on the case. During that time, “[s]he had taken no witness statements, prepared no expert statements, taken no depositions, propounded no discovery requests. She had, however, engaged in a prodigious amount of wheel-spinning, spending countless hours, charged at a lawyer rate, in activities such as watching 48 Hours television episodes, waiting in hospitals for medical records, and doing internet research.” The court was not impressed:

Assuming arguendo that the hourly rate of $250 per hour is reasonable for Attorney Sallee’s experience and ability, it is important under the Rules that the lawyer ensure that the work for which he or she seeks to charge the client is “reasonable.” For example, a lawyer who represents criminal clients may be interested in watching Perry Mason or Breaking Bad on television, and may even pick up a useful tidbit or two from doing so. The lawyer may not, however, equate that to research for which he or she may charge a client. In this case, the Panel did not err in considering the many hours Attorney Sallee sought to charge the Claimants for watching television shows such as 48 Hours.