If a Louisiana lawyer were to read just one post on this blog all year, this should be it. Here are the top seven1 developments in legal ethics in 2019. Frankly, it’s been somewhat of a “slow” year for legal ethics rulemaking and case law in Louisiana. So, most of the developments discussed below are from elsewhere. 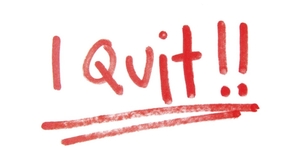 Online legal directories (such as Avvo) permit clients to review and rate their lawyers. Likewise, innumerable social-media sites (like Facebook, YouTube, and others) allow users to “connect” with lawyers and law firms, and to “like,” “follow,” or “subscribe” to them and their posts. May a lawyer offer an incentive to social media users and clients to rate, connect or otherwise interact with lawyer’s social media presence? In an October 2019, ethics opinion, the North Carolina State Bar said “no.” See N.C. State Bar Assoc., Offering Incentive to Engage with Law Practice’s Social Networking Sites (Oct. 25, 2019).

A lawyer asked the North Carolina Bar Association whether it was professionally appropriate “to offer a prize incentive to anyone who connects or interacts with any of his social media platforms. All users who connect or interact with Lawyer’s law practice social media account will be entered into a drawing for a prize.” See id. In answering the inquiry in the negative, the opinion concluded that offering such an incentive for providing online reviews would violate two standards of conduct.

Second, a review prompted by an undisclosed incentive would be an improper “false or misleading communication about the lawyer or the lawyer’s services.”

Effective December 1, 2019, New Mexico became the sixth state to adopt a disciplinary standard identical to or analogous to the anti-discrimination provision of ABA Model Rule 8.4. See N.M. Rule 16-804 (N.M. Oct. 15, 2019). However, since the ABA adopted its anti-discrimination rule in 2016, nine states have expressly declined to adopt it. See ABA Center for Prof’l Responsibility, Policy Implementation Committee, Jurisdictional Adoption of Rule 8.4(g) of the ABA Model Rules of Professional Conduct (as of October 18, 2019).  For a survey of the lukewarm reception this model rule has received around the country, see Dane S. Ciolino, New Mexico Adopts Anti-Discrimination Rule (Nov. 29, 2019) (https://lalegalethics.org/10980-2/).

In 2018, in Janus v. AFSCME, the U.S. Supreme Court ruled that the First Amendment prohibits governments from making their employees pay union fees—which inevitably fund unions’ political speech—just to keep their jobs. By the same reasoning, Boudreaux’s lawsuit contends, lawyers shouldn’t be forced to pay for bar associations’ speech just to do their jobs.

Boudreaux is the latest of an increasing number of attorneys across the country who are standing up for their free-speech rights. In North Dakota, attorney Arnold Fleck, represented by the Goldwater Institute, sued to challenge his state’s mandatory bar after he learned that it used $50,000 of members’ mandatory dues to oppose a ballot measure on child-custody reform that he’d spent his own time and money supporting. The Goldwater Institute is also representing attorneys in Oregon and Oklahoma who object to their states’ respective mandatory bars. Additional challenges to mandatory bar associations are underway in Texas and Wisconsin as well.

For subsequent developments, see Dane S. Ciolino, On Being Forced Into and Excluded from the Bar Association (Oct. 30, 2019) (https://lalegalethics.org/on-being-forced-to-join-and-banned-from-the-bar-association/) (discussing retaliatory actions of Louisiana State Bar Association after filing of the lawsuit).

On February 14, 2019, the ABA Standing Committee on Ethics and Professional Responsibility issued Formal Opinion 485 providing that a judge “may not decline to perform marriages of same-sex couples if the judge agrees to perform opposite-sex marriages.” See ABA Formal Op. 485 (Feb 14, 2019).

In 2017, the Louisiana Supreme Court resolved an unsettled question as to whether a prosecutor’s “ethical” duty to disclose exculpatory evidence under Louisiana Rule of Professional Conduct 3.8(d) is broader than the similar constitutional duty under Brady v. Maryland (U.S. 1963). In an opinion written by Justice Crichton, the court determined that the duties “are coextensive.” See In re Ronald Seastrunk, No. 2017-B-0178 (La. Oct. 18, 2017).2

In late May 2019, the Louisiana State Bar Association’s Rules of Professional Conduct Committee—at the urging of the Office of Disciplinary Counsel—rejected a proposed amendment to Rule 3.8(d) that would have brought the black-letter text of the rule into line with the court’s ruling in Seastrunk. Instead, the committee voted to retain language that is simply no longer the law in Louisiana. A baffling and bizarre vote indeed.

In 2012, the ABA adopted an amendment to ABA Model Rule of Professional Responsibility 1.1, comment 8, providing that “a lawyer should keep abreast of changes in the law and its practice, including the benefits and risks associated with relevant technology . . . .” See ABA, Commission on Ethics 20/20 Resolution 105A (August 2012). Since then, thirty-eight states have officially adopted the substance of Comment 8 as part of their rules of professional conduct.

South Carolina has fallen in line. On November 27, 2019, the Supreme Court of South Carolina amended the comments to its rules of professional conduct to provide as follows:

To maintain the requisite knowledge and skill, a lawyer should keep abreast of changes in the law and its practice, including a reasonable understanding of the benefits and risks associated with technology the lawyer uses to provide services to clients or to store or transmit information related to the representation of a client.

Given the importance of technology to a modern lawyer’s law practice, all states should follow suit. 3