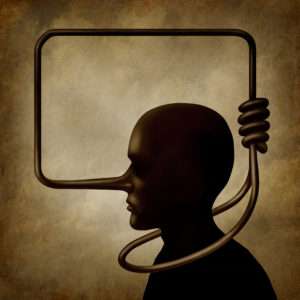 On September 16, 2016, the Supreme Court of Iowa suspended Des Moines lawyer Kathryn Barnhill for lying to her opponent about whether she had sent a partial fee refund to her former client after being ordered to do so by an arbitration panel.1 See Iowa Sup. Ct. Att’y Disciplinary Bd. v. Barnhill, No. 16-0731 (Sep. 16, 2016).

In finding that the rule does prohibit false statements to opposing counsel, the court opined as follows:

The Iowa Rules of Professional Conduct include a rule addressing fairness to opposing parties and counsel. Iowa R. Prof’l Conduct 32:3.4 . However, unlike the rule preceding it, which addresses candor toward the tribunal, rule 32:3.4 does not expressly address a duty of candor toward the opposing party and counsel. Compare id ., with id.r. 32:3.3. Instead, rule 32:3.4 primarily addresses discovery conduct and an attorney’s presentation of their client’s evidence and testimony. See id.r. 32:3.4 cmt. 1 (“Fair competition in the adversary system is secured by prohibitions against destruction or concealment of evidence, improperly influencing witnesses, obstructive tactics in discovery procedure, and the like.”). Nonetheless, we conclude the absence of an express prohibition against false statements to opposing counsel in rule 32:3.4 does not exclude opposing counsel from the universe of third persons mentioned in rule 32:4.1.

Notably, the Iowa court cited a 1990 Louisiana Supreme Court opinion in support of its conclusion: