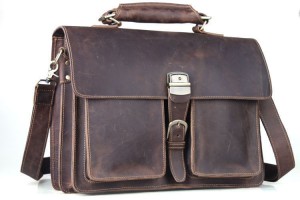 The United States Court of Appeals for the Third Circuit upheld a one-year suspension for a New Jersey lawyer who falsely reported to the district judge that his trial bag had been stolen from the courthouse. See In re Richard L. Press, No. 15-2708 (3rd Cir. Feb. 29, 2016). At a court conference on the day before trial was to begin, the presiding judge asked plaintiff’s counsel, respondent Richard Press, to produce documentary proof of his clients’ damages. In response, Press claimed that some of the documents were in his briefcase, but other documents were in his file back at the office. The judge adjourned the conference to give Press an opportunity to have his file delivered to the courthouse. During the break, Press reviewed the papers that he had in the court’s jury room. He claimed that he stepped out “to get lunch or coffee,” and that when he returned, he found that his “trial bag had been stolen.” Id. The judge, however, obtained a video recording from the courthouse security camera system. “The footage showed Press carrying his trial bag out of the jury room and then the courthouse.”

Press’s conduct was flatly inconsistent with his statement that his trial bag was stolen: he was seen on camera leaving the courthouse with it. He engaged in this conduct after already having been late for the proceeding and professing he was unaware that the trial judge wanted to discuss the proof of damages, which apparently was a weak part of the FMLA case, and not having the required damages evidence with him. The only evidence Press offered to refute the camera footage was a plea of memory lapse or forgetfulness, which the District Court judged to be incredible . . . .