On January 20, 2017, the Louisiana Supreme Court suspended St. Tammany Parish lawyer James D. Mecca for one year as a result of his acceptance of “marijuana in exchange for his legal services,” and his subsequent “arrest on charges of possession with intent to distribute marijuana and his conviction of possession of marijuana.” See In re James D. Mecca, No. 2016-B-1116 (Jan. 20, 2017).

Mr. Mecca (website) agreed to undertake the representation of a confidential informant (“CI”) who posed as a prospective client. He met the CI in a parking lot in Covington, and accepted $300 in cash and a backpack containing marijuana. After driving away, he was arrested by deputies of the St. Tammany Parish Sheriff’s Office. Ultimately, Mecca plead guilty to the crime of simple possession of marijuana.

The court acknowledged the respondent’s exemplary post-arrest participation in the Louisiana Judges’ and Lawyers’ Assistance Program. It refused, however, to defer any portion of the one-year suspension (as recommended by the LADB) because the respondent “bartered his legal services for illegal drugs, directly implicating the practice of law and causing harm to the legal profession . . . .”

Notably, the respondent’s website now states that he only accepts “Cash” and “Check” in payment of legal services. In the past, it noted that he accepted “multiple payment methods.” Good change. 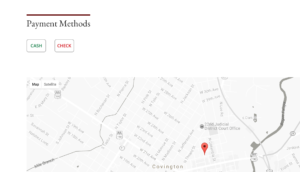