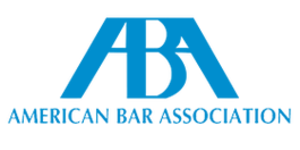 Recognizing that “[e]ven the best lawyers may err,” the ABA Standing Committee on Ethics and Professional Responsibility has issued a formal opinion addressing when a lawyer must inform a client or former client of a material error. See ABA Formal Op. No. 481 (Apr. 17, 2018). While the committee gets it right as to present clients, even the best committees may err when it comes to a lawyer’s obligation to disclose errors to former clients.

Lawyer errors “occur along a continuum.” All errors, the committee notes, need not be disclosed. Rather, a lawyer need only disclose a “material” error. An error is “material” only if a “disinterested lawyer”1 would conclude that the error is “reasonably likely to harm or prejudice a client,” or if a reasonable client would “consider terminating the representation even in the absence of harm or prejudice.” See id. at 1-2.

Duty to Disclose to Current Clients

As to current clients, the opinion’s guidance is simple. Model Rule 1.4(a) requires a lawyer to communicate with the client in a reasonable matter.2 This communication obligation requires a lawyer to disclose to the lawyer’s client any material error.3 That’s it. A straightforward standard that adequately protects the interests of existing clients.

No Duty to Disclose to Former Clients. Really?

Id. at 7. Since Rule 1.4 does not apply to former clients, no “duty of disclosure exists under the Model Rules where the lawyer discovers after the termination of the attorney-client relationship that the lawyer made a material error in the former client’s representation.” Id. at 9. So much for former clients.

In my view, however, a lawyer undoubtedly has residual fiduciary duties of loyalty, confidentiality, and communication to a former client.

As to the residual duty of communication, the committee concluded that no meaningful obligation exists. Although Model Rule 1.16(d) requires a lawyer to protect a former client’s interests to the “extent reasonably practicable” upon termination, the committee concluded that “this provision does not create a duty to inform former clients of material errors for at least two reasons”:

First, the wording of the rule demonstrates that the error would have to be discovered while the client was a current client, thereby pushing any duty to disclose back into the current client communication regime. Second, Model Rule 1.16(d) is by its terms limited to actions that may be taken upon termination of the representation or soon thereafter; it cannot reasonably be construed to apply to material errors discovered months or years after termination of the representation.

That reasoning is nonsense. Rule 1.16(d) does apply after termination and sometimes long after termination; its temporal scope is not limited to the moment of termination and “soon thereafter.” It requires a lawyer to “take steps to the extent reasonably practicable to protect the clients interests” whenever such steps are reasonable and practicable. See ABA Model Rule of Prof’l Conduct r. 1.16(d).

The most obvious illustration of the rule’s longer-term obligation is its application to the file of a former client. If a former client demands her file even years later, the lawyer must turn it over. The lawyer can’t refuse the request by responding: “sorry, you didn’t ask at the moment of termination or soon thereafter.” The lawyer must turn over the file if it is reasonable and practicable to do so.

Another illustration of the rule’s longer-term obligation is its application to important documents received by a lawyer post-representation. Suppose the lawyer receives a notice from the clerk of court that thousands of dollars of the client’s money is available for refund. May the lawyer toss the notice in the trash because it arrived after the moment of termination and not “soon thereafter”? No. The lawyer must inform the former client if it is reasonable and practicable to do so.

Now to the issue at hand. Does Rule 1.16(d) require a lawyer to inform a former client of the lawyer’s prior material error? Yes, if it is “reasonable and practicable” for the lawyer to do so. A narrow category of errors would fall into this category, namely, harmful lawyer errors that the client can repair or prevent if alerted to the problem. In my view, it is “reasonable” under Rule 1.16(d) to require a lawyer to inform a former client about errors if doing so would “prevent, mitigate or rectify substantial injury to the financial interests or property” of the former client.5 When such disclosure is “practicable,” Rule 1.16 should require nothing less.6

Let’s apply this standard to the committee’s own hypothetical:

[A]ssume that a lawyer prepared a contract for a client in 2015. The matter is concluded, the representation has ended, and the person for whom the contract was prepared is not a client of the lawyer or law firm in any other matter. In 2018, while using that agreement as a template to prepare an agreement for a different client, the lawyer discovers a material error in the agreement.

ABA Formal Op. 481 at p. 2. The committee concluded that “the Model Rules do not require the lawyer to inform the former client of the error.” Id. A better-reasoned interpretation of Rule 1.16(d), however, would require the lawyer to evaluate whether it was “practicable”7 and “reasonable” to inform the client. This lawyer’s reasonableness analysis would involve a Carroll-Towing-like consideration of the significance of the past or future harm to the former client, the probability of rectifying or avoiding that harm through notification, and the burden on the lawyer associated with notification. If substantial future harm could be avoided or mitigated with minimal burden to the lawyer, it would be reasonable for the lawyer to notify the former client of the error in the contract and Rule 1.16(d) would require such notification. If no future good would come from notification, Rule 1.16(d) would not require it.

The committee got it right in concluding that “[g]ood business and risk management reasons may exist for lawyers to inform former clients of their material errors when they can do so in time to avoid or mitigate any potential harm or prejudice to the former client.” See ABA Formal Op. 481 at 2. But it was wrong in advising that such notification is a “personal decision” left to the lawyer. It’s not. Rule 1.16(d) requires it, at least when notification is practicable and reasonable to prevent, mitigate or rectify substantial injury to the financial interests or property of the former client.