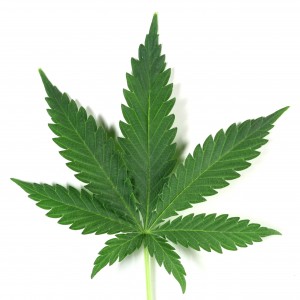 Probably not, but the answer is uncertain.

More than thirty-three jurisdictions in the United States permit some type of marijuana sale and use. See Governing.com List of State Marijuana Laws (as of December 29, 2019). But, much of what these state and local jurisdictions permit remains illegal under the federal Controlled Dangerous Substances Act (codififed in Title 21 of the United States Code). Presently, the federal government is not targeting distributors of marijuana in states that have legalized its use, although there is currently no formal nonenforcement policy within the United States Department of Justice.

By way of history, in August 2013, the Obama Administration, through Deputy Attorney General James M. Cole, issued a “Guideline Regarding Marijuana Enforcement” to its United States Attorneys announcing that the Department would not enforce federal marijuana laws in states that have “legalized marijuana in some form.” See U.S. Dep’t of Justice August 29, 2013 Memorandum on Guidance Regarding Marijuana Enforcement (“Cole Memo”). In 2014, Congress then adopted legislation prohibiting the Department of Justice from using appropriated funds to prevent states from implementing state laws permitting the distribution and use of medical marijuana. See The Rohrabacher Amendment. On January 4, 2018, however, the Trump Administration issued a memorandum declaring that “previous nationwide guidance specific to marijuana enforcement is unnecessary and is rescinded, effective immediately.” See U.S. Dep’t of Justice January 4, 2108 Memorandum on Marijuana Enforcement.

The Problem for Lawyers

Because of this problem, several jurisdictions have amended their lawyer-conduct standards to expressly permit lawyers to provide advice to clients engaged in marijuana distribution that is criminal under federal law. For example, in 2018 Calfornia amended the comments to California Rule 1.2.1 (“Advising or Assisting the Violation of Law”). The new comment provides as follows:

However, in states without black-letter rules addressing the issue, the problem for lawyers remains. A November 2019, opinion from the New York State Bar Association attempts to provide some guidance to lawyers in that state. In advisory Opinion 1177 (Nov. 8, 2019), the association’s Committee on Professional Ethics concluded as follows: “In light of current federal policy, the Rules permit a lawyer to assist a client in conduct designed to comply with state medical marijuana law.” The committee’s rationale:

The DOJ’s rescission of the Cole Memo does not meaningfully change federal law enforcement policy. If anything, the adoption, continued approval, and implementation of the Rohrabacher Amendment reinforces our earlier conclusion. Not only does the DOJ continue to permit states to implement their medical marijuana laws, but federal legislation now prohibits the DOJ from preventing states from doing so.

[Therefore, the] Rules permit lawyers to give legal assistance regarding the CCA that goes beyond a mere discussion of the legality of the client’s proposed conduct. “Implicitly, the state law authorizes lawyers to provide traditional legal services to clients seeking to act in accordance with the state law. Nothing in the history and tradition of the profession, in court opinions, or elsewhere, suggests that Rule 1.2(d) was intended to prevent lawyers in a situation like this from providing assistance that is necessary to implement state law and to effectuate current federal policy.”

What’s a Louisiana lawyer to do? In May 2016, the Louisiana Legislature adopted legislation permitting the cultivation, distribution, and use of medical marijuana. LSU and Southern University are gearing up their grow houses and cultivation facilities. Will Louisiana lawyers be able to provide them with legal advice to further their efforts? 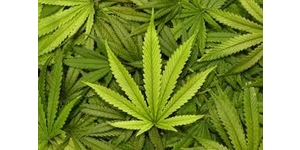 On November 2, 2016, the Louisiana State Bar Association’s Rules of Professional Conduct Committee debated the issue and declined to recommend an amendment to the Louisiana rules that would have permitted lawyers to give legal advice to LSU and Southern regarding marijuana cultivation and distribution.1 In so doing, the committee respected the basic federalism principle of supremacy embodied in Article VI § 2 of the United States Constitution. Indeed, if the State of Louisiana were to permit racial discrimination in the workplace in violation of federal civil rights laws, the rules would not allow a lawyer to advise a restaurant as to how to refuse to hire African-American waiters. Allowing advice regarding illicit marijuana cultivation and distribution would have been just as unacceptable in our federal system.