The Louisiana Supreme Court has called for public comment on a proposed amendment to Louisiana Rule of Professional Conduct 1.5(f)(2). If adopted, this amendment would impose upon lawyers more onerous informed-consent prerequisites to accepting fixed or minimum legal fees prior to performing services. See La. Sup. Ct. Call for Comments on Proposed Amendment to Rule of Prof’l Conduct 1.5(f)(2) (Jan. 26, 2017). The public comment period closes March 1, 2017.

Under current Rule 1.5(f)(2), a lawyer earns a fixed fee when the lawyer agrees to handle the client’s matter through completion. As a result, the current rule permits a lawyer either to spend or to deposit the fixed fee into the lawyer’s operating account upon receipt:

The occasional obligation to refund a fixed fee after payment has caused problems in practice. The Client Assistance Fund and the Office of Disciplinary Counsel have reported instances in which a client has fired a deadbeat lawyer after paying a fixed fee. In many cases, the client’s request for a post-discharge refund has been met with this reply: “Sorry, but I spent the money.” 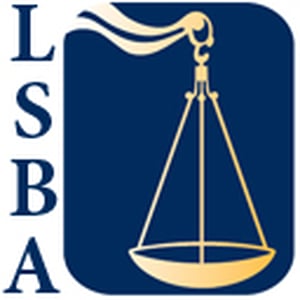 To address this problem, the LSBA in June 2016 recommended to the Louisiana Supreme Court that it amend Rule 1.5(f)(2) to allow fixed fees only when a lawyer obtains “the informed consent of the client in a writing signed by the client.” See Resolution 2, LSBA House of Delegates (May 6, 2016) (approved by the LSBA House of Delegates on June 9, 2016, and the LSBA Board of Governors on June 10, 2016).

The court’s current proposal is identical to the LSBA resolution. Both provide as follows:

(f) Payment of fees in advance of services shall be subject to the following rules: . . .

(2) A lawyer may charge a fixed or minimum fee for specified legal services, which fee may be paid in whole or in part in advance of the lawyer providing the services. With the informed consent of the client in a writing signed by the client, and subject to the provisions of Rule 1.5(f)(5), the funds may be used by the lawyer when paid and, need not be placed in the lawyer’s trust account. The written fee agreement shall include the following:

(i) the scope of services to be provided;

(ii) the total amount of the fee and the terms of payment;

(iii) that the funds will be used by the lawyer when paid and will not be placed in a trust account;

(iv) that the fee agreement does not alter the client’s right to terminate the client-lawyer relationship; and

(v) that the client may be entitled to a refund of a portion of the fee if the agreed-upon legal services have not been completed.

This is a sensible proposal. It would address many of the problems associated with fixed fees, but would not take the controversial step of requiring a lawyer to place a fixed fee in trust until the conclusion of a matter. Moreover, it would require the lawyer and client to agree upon the scope of the lawyer’s services at the commencement of the representation—something that is often a point of confusion. Finally, it would formally notify the client of the right both to terminate the lawyer’s services and to demand the refund of any unearned portion of the up-front fee.