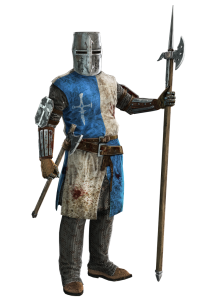 Staten Island lawyer Richard A. Luthmann, after being sued by an opponent, invoked his “common law right to Trial By Combat as against Plaintiffs and their counsel.” See Reply Affirmation of Richard A. Luthmann, Esq., Foley v. Luthmann, No. 150175/2014 (filed Jul. 24, 2015). After characterizing the claims against him as “a glorified comic book piled on top of pure and adulterated extortion wrapped in a transparent abuse of legal process,” Luthmann recounts the history of “wager of battle” from the Norman Conquest through the present.

At the time of ratification of the Bill of Rights in 1791, he says, no state had outlawed trial by combat. Moreover, all had inherited British common law upon independence. The Ninth Amendment, contends Luthmann, reserved to the people all of the rights that they had at the time of ratification including, he argues, the common law right to trial by combat. Such trials were pitched on a sixty-foot square dueling ground between noon and sunset, and allowed the disputants to arm themselves with “hammers, cudgels, or quarterstaves with sharp iron tips.” The winner? The last man standing.

Here is Luthmann’s prayer for relief:

We will report back if he meets with success.