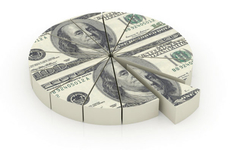 No, according to a March 27, 2018, opinion from the Wyoming Supreme Court. See Manigault v. Daly & Sorenson, LLC, No. S-17-0163 (Mar. 27, 2018). In that case, a client accused her law firm of using fifteen-minute minimum billing intervals to charge her for that amount of time when the “specified work took far less time to accomplish.” She also accused the firm of “billing for unproductive casual conversations between attorneys and paralegals which did not advance her cases.” See id. at 5.

Rule 1.5(a), of course, requires that a lawyer’s fees and expenses must be “reasonable.” The Manigault court noted that minimum billing increments of six, ten, or fifteen minutes are “not inherently unreasonable” and generally serve “the interests and needs of both attorneys and clients.” Such minimum increments violate Rule 1.5(a) only when “unreasonably larger than the norm” or when used “in an abusive manner.” Id. at 6 (citing Bd. of Prof’l Resp. Wyoming State Bar v. Casper, 318 P.3d 790, 795 (Wyo. 2014)). An example of such an unreasonable billing practice would be charging “two fifteen-minute charges for two five-minute phone calls in the same fifteen-minute period.” Id.

Here, the court found that the defendant law firm did not engage in abusive minimum-increment billing. On the contrary, the firm did not charge its clients for “off-the-cuff casual intraoffice conversations about progress on a case,” and the firm “’rounded down’ to the lower minimum time interval when billing for a task that may have bridged two intervals.” Id. at 7. Furthermore, billing entries for “emails,” or “phone calls,” actually take “more time than the simple physical acts” involved.” Rather, those acts were “typically accompanied by locating the pertinent file, making notes in preparation for the call, and memorializing the matters discussed in the case file after the call was complete.” Id. Therefore, the court concluded that the client deserved no further reduction in her fee as a result of the firm’s fifteen-minute minimum billing practice or for billing for “substantive and necessary intraoffice communications.” Id.