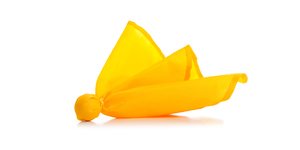 This bill, which now heads to the Senate, is problematic for a number of reasons (many of which were set forth in the objections to the bill submitted by the ABA). First, it is a solution in search of a problem. There is no empircal evidence whatseover that the filing of frivolous lawsuits is a signifcant issue facing the federal judiciary. Indeed, no data regarding the frequency and consequences of frivolous filings were offered in support of the bill. On the contrary, those supporting the bill offered only anecdotes, appeals to “common sense,” and harangues against trial lawyers.

Second, the House ignored the typical rule-making process set forth in the Rules Enabling Act. Under that process, the Civil Rules Advisory Committee of the Judicial Conference of the United States would have published a draft of any contemplated amendments to Rule 11 and invited comments from the public. Eventually, the Conference would have made well-vetted recommendations to the Supreme Court of the United States. This process would have served to produce a more refined, better reasoned rule than this one.