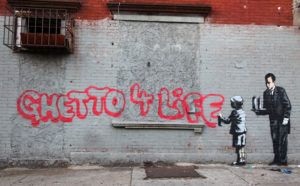 Colorado lawyer Robert Brent Wareham admitted to violating the Colorado Rules of Professional Conduct by threatening his client’s son with foster care unless the boy “started behaving.” Wareham elaborated: “You will obey your mother…. You go to…a Christian high school. You’re behaving like some kid out of the ghetto.”

The Colorado Rules of Professional Conduct prohibit a lawyer from using “means that have no substantial purpose other than to embarrass, delay, or burden a third person . . . .”  See Co. Rule of Prof’l Conduct r. 4.4(a). The rules also prohibit a lawyer from engaging in “conduct that exhibits bias against a person based on the person’s race, gender, religion, national origin, disability, age sexual orientation or socioeconomic status, when such conduct is directed to anyone involved in the legal process.” See Co. Rule of Prof’l Conduct r. 8.4(g).

Although Louisiana has a rule prohibitting a lawyer from embarrassing a third person for “no substantial purpose,” see La. Rules of Prof’l Conduct r. 4.4, it has no rule prohibiting conduct that “exhibits bias” against persons based on certain classifications. In September 2017, however, the Louisiana State Bar Association’s Rules of Professional Conduct Committee began accepting written comments on the adoption of a new anti-discrimination standard of professional conduct. A subcommittee of the Rules Committee has proposed the addition of a new Louisiana Rule 8.4(h), that would provide as follows: