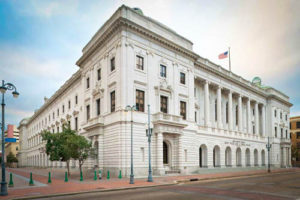 The United States Court of Appeals for the Fifth Circuit affirmed sanctions imposed against defense lawyers1 for their failure to produce all relevant evidence in their clients’ Rule 26 initial disclosures. See Olivarez v. GEO Group, Inc., No. 16-50191 (filed Dec. 12, 2016). Rule 26 provides that “a party must, without awaiting a discovery request, provide to the other parties . . . a copy—or a description by category and location—of all documents, electronically stored information, and tangible things that the disclosing party has in its possession, custody, or control and may use to support its claims or defenses, unless the use would be solely for impeachment . . . .” See Fed. R. Civ. P. 26(a)(1)(A).

The plaintiff, Liza Olivarez, sued the operators of a detention center alleging that she had been sexually assaulted by a guard while incarcerated. The defendants, however, contended that the sexual encounters in issue were consensual. To support their defense, the defendants used recordings of telephone conversations between the plaintiff and her friends and family. Those recordings “tended to establish the truth of a key issue Defendants raised as a defense in the case—that Olivarez had initiated consensual sex” with the guard. As a result, the court held that evidence was not exempt from disclosure as “impeachment” evidence. Said the court:

evidence should not be treated as “solely” impeachment evidence if it tends to establish the truth of key issues to be determined by the jury. . . . Instead, the evidence must be treated as having at
least some substantive value and must be disclosed to the opposing party.