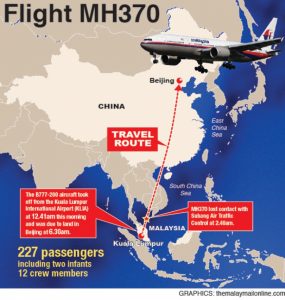 Shortly after Malaysia Airlines Fight 370 disappeared, Chicago lawyer Monica E. Ribbeck sued Boeing and Malaysia Airlines alleging that the flight “crashed as the result of ‘the negligence of unknown individuals and entities in the design, manufacture, ownership, operation, lease, repair and maintenance of the aircraft and its component parts.'”1 After the trial court dismissed the suit, disciplinary charges were filed against Ribbeck alleging that her petition was frivolous and violated Rule 3.1 because, among other reasons, she filed suit “for publicity, not because she had a legal basis to do so.”

On April 19, 2016, the Review Board of the Illinois Disciplinary Commission recommended dismissal of the formal charges:

We believe Respondent should not be deemed to have violated Rule 3.1 where the law provided no clear guidance on whether or not her pleading was permissible. The rule itself, and the comments to it, support our view. According to Rule 3.1, a good-faith argument for the extension, modification, or reversal of existing law constitutes a non-frivolous basis for filing a pleading. Because of the unsettled state of the law …, we see Respondent’s filing of the petition as such a good-faith argument.

Comment 1 recognizes that “the law is not always clear and never is static. Accordingly, in determining the proper scope of advocacy, account must be taken of the law’s ambiguities and potential for change.” And Comment 2 notes that a lawyer’s good-faith argument in support of her client’s position—which includes a good-faith argument for an extension, modification, or reversal of existing law—”is not frivolous even though the lawyer believes that the client’s position ultimately will not prevail.”

Given the plain language of Rule 3.1 and the commentary interpreting it, the commission opined that “Rule 3.1 requires us to judge her conduct based on the law in effect at the time of filing, and to take into account that the law was ambiguous and in flux at that time. We find, therefore, that it was objectively reasonable for her to file her … petition.” Id.