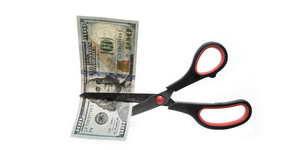 Over the course of representing a client, the Boston law firm BourgeoisWhite, LLP, extended various  “professional courtesy credits” to its client on legal bills. These discounts totalled more than $29,944 dollars. When the client failed to pay the bills, the firm sued the client, and attempted to reverse the discounts. Said the firm: “The reason for those credits is no longer valid. We give professional courtesy credits to long-term clients who pay their bills, and you have neither paid your bills nor responded to any of my letters . . . relat[ing] to your unpaid bills.”

The Massachusetts Supreme Judicial Court court, however, refused to allow the reversal. See Bourgeoiswhite, LLP v. Sterling Lion, LLC, No. 16-P-45 (Mar. 3, 2017). Noting that lawyers “should never lose awareness that, in matters of fees, attorneys are fiduciaries who owe their clients greater duties than are owed under the general law of contracts,” the court held as follows:

The defendants claim that the plaintiff cannot reverse the $30,000 in credits from the March bill because Bourgeois did not indicate that the credits were conditional. We agree. Bourgeois unconditionally “wrote off” those fees, and thus waived his right to them as a matter of contract law. His belated attempt to recoup the fees would also not comport with the “highly fiduciary nature” of the lawyer-client relationship.

Id. at 8-9. This “belated attempt by a fiduciary to claw back fees that were previously ‘written off’ would not be fair and equitable to the client.” Id. at 14-15.

To avoid this problem, a lawyer should clarify that any discount or write-off is conditioned on prompt payment by the client. To be clear, the lawyer should specify, for example, that the offered “discount is valid if the bill is paid in full within 14 days.”