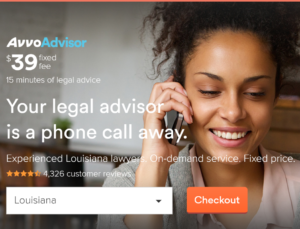 On September 27, 2017, Utah joined the growing list of states1 condemning Avvo Advisor’s lawyer-referral service. The Utah Ethics Advisory Opinion Committee concluded that Avvo Advisor’s service “violates Rule 5.4’s prohibition on splitting fees with a non-lawyer. It also violates Rule 7.2’s restrictions on payment for recommending a lawyer’s services and it may violate a number of other Rules related to client confidentiality, lawyer independence, and safekeeping of client property, depending on facts not presented.” See Utah Ethics Advisory Opinion Committee, Op. No. 17-05 (Sep. 27, 2017).

How does Avvo Advisor work? A prospective client visits the website https://www.avvo.com/advisor, selects the legal services needed, pays Avvo a fixed fee, and Avvo arranges for an “experienced lawyer” to return the prospective client’s call within minutes.2

The problem is that Avvo is wrong. As the new Utah opinion correctly concludes: “The referral service described in the request violates Rule 5.4 as impermissible fee sharing, [and] violates Rule 7.2 as paying for a recommendation of services beyond the reasonable costs of advertising” among other problems. See Utah Ethics Advisory Opinion Committee, Op. No. 17-05 at 4-5 (Sep. 27, 2017).

Considering these unfavorable ethics opinions, Louisiana lawyers should avoid participating in Avvo Advisor. Louisiana Rule 5.4(a) provides that a “lawyer or law firm shall not share legal fees with a nonlawyer,” except under unusual circumstances. Similarly, Louisiana Rule 7.2(c)(13) provides that a “lawyer shall not give anything of value to a person for recommending the lawyer’s services, except that a lawyer may pay the reasonable cost of advertising or written or recorded communication permitted by these Rules, and may pay the usual charges of a lawyer referral service . . . .” Both rules are squarely implicated by Avvo’s questionable business model.