On August 27, 2018, the Arizona Supreme Court rejected efforts to amend the Arizona Rules of Professional Conducted to “add language adopted by the ABA in Model Rule 8.4 as it applies to non-discrimination.” See No. R-17-0032, Minutes, AZ Supreme Ct. at p. 10 of 13 (Aug. 27, 2018). In so doing, Arizona joined five other states that have expressly declined to adopt the ABA’s model anti-discrimination rule. See ABA Center for Prof’l Responsibility, Policy Implementation Committee, Jurisdictional Adoption of Rule 8.4(g) of the ABA Model Rules of Professional Conduct (as of Sep. 4, 2018). To date, only Vermont has adopted the model rule, although twenty states have preexisting rules that are analogous to Model Rule 8.4(g).1 Id. See generally Scott Flaherty, Several States Weigh ABA’s Anti-Discrimination Rule, Law.com (May 22, 2018).

In 2016, the ABA amended Model Rule 8.4 to include a broad anti-discrimination and anti-harassment provision, and three revised comments. The amendment, which was sponsored by several ABA groups,2 added this new paragraph (g) to the black-letter of Rule 8.4: 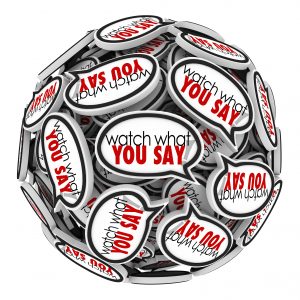 First, the rule and its comments broadly define “harassment” to include any “derogatory or demeaning verbal conduct” by a lawyer relating to a person’s “race, sex, religion, national origin, ethnicity, disability, age, sexual orientation, gender identity, marital status or socioeconomic status.” Even words that are not “harmful” meet the definition of “harassment” if they are “derogatory or demeaning” and relate to a designated category of person.

Third, the rule and its comments subject to discipline not only a lawyer who slings a “derogatory or demeaning comment” directly at another person, but also a lawyer who makes an abstract comment about general types or categories of people. Indeed, in revising comment 4, the ABA expressly deleted language that would have limited the definition of “harassment” to include only derogatory or demeaning conduct directed “towards a person who is, or is perceived to be, a member of one of the groups.”

On November 27, 2017, the LSBA Rules of Professional Conduct Committee reported that it would make “no recommendation” regarding the adoption of a rule prohibiting discrimination and harassment in conduct related to the practice of law. See Richard C. Stanley, Letter to LSBA Outreach and Diversity Director (Nov. 27, 2017). This “no recommendation” vote came after more than a year of analysis and discussion in the wake of the ABA’s adoption of Model Rule 8.4(g).

Prior to the committee’s vote, a subcommittee had proposed the addition of a new Louisiana Rule 8.4(h), that would have provided as follows:

The invitation was well received; the committee received a large number of comments—including an opinion from the Louisiana Attorney General that the proposal was unconstitutional. The comments were overwhelmingly negative.

On October 30, 2017, the committee met in New Orleans to consider the comments received and to discuss adopting the ABA model rule or the subcommittee’s proposal. After a long debate, the committee voted 7-4 to make “no recommendation.” See Richard C. Stanley, Letter to LSBA Outreach and Diversity Director (Nov. 27, 2107). Although the committee’s chairperson noted that “it is difficult to summarize the rationale of the lengthy debate in its entirety, the primary arguments made by those opposing the rule” were as follows:

The committee’s decision was a good one. Louisiana clearly should not adopt the ABA’s standard. For all of the reasons discussed above, the ABA model rule is fraught with problems.

Moreover, the proposal of the subcommittee was also problematic . Granted, the subcommittee’s proposal was less problematic than the new ABA model rule. For example, it did not brand any sort of “harassment” as misconduct, and thereby avoided the myriad problems associated with the ABA anti-harassment standard. However, the subcommittee’s proposal still raised serious questions. It branded as “misconduct” purely negligent discrimination. And it inexplicably incorporated some of the ABA’s protected classes (race, religion, age, gender, sexual orientation, national origin, marital status, and disability), but excluded others (ethnicity, gender identity, and socioeconomic status).

In my view, Louisiana either should do nothing at all (like what the committee did), or adopt a simpler anti-discrimination standard that is directly tethered to anti-discrimination laws applicable to Louisiana lawyers. Such anti-discrimination laws would include those enacted by the federal government, the State of Louisiana, and local governments. Doing so would avoid the need for the LSBA to “keep up” with changing notions of what personal characteristics are worthy of class protection.3 Doing so would also avoid imposing discipline on innocent and merely negligent lawyers. Here is my proposed language:

Ultimately, the Louisiana Supreme Court will decide whether this, or any similar anti-discrimination rule, will become part of the Louisiana Rules of Professional Conduct.