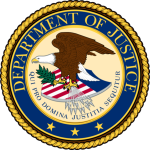 In a sweeping settlement reached on August 14, 2014, the United States Department of Justice and the Louisiana Supreme Court put an end to the Department’s three-year investigation into Louisiana’s questionable treatment of lawyers and bar applicants with mental disabilities. See Settlement Agreement Between the United States of America and the Louisiana Supreme Court Under the Americans with Disabilities Act (Aug. 14, 2014). The DOJ had alleged that the court’s procedures for evaluating bar applicants unlawfully discriminated against those with mental health disabilities and, therefore, violated the Americans with Disabilities Act (“ADA”). More particularly, the DOJ alleged that the court unfairly imposed onerous admissions prerequisites on applicants who revealed a mental health diagnosis. Some of these prerequisites included intrusive background investigations and conditional admission for applicants who had no history of committing misconduct or criminal activity. Under the settlement, the court’s character and fitness review of an applicant must now focus principally on the applicant’s past conduct rather than on the applicant’s condition. Among other things, the settlement agreement: