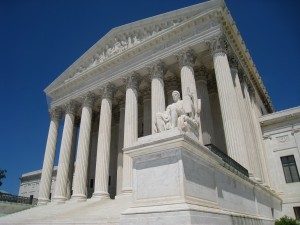 On March 7, 2016, the United States Supreme Court reversed the capital murder conviction of Michael Wearry due to the failure of prosecutors to disclose evidence that could have been used by the defense to impeach the credibility of the state’s “star witness” at trial. See Wearry v. Cain, No. 14-10008 (U.S. Mar. 7, 2016). Wearry had been convicted and sentenced to death in connection with the 1998 killing of a pizza delivery driver in Baton Rouge. The state’s witness, inmate Sam Scott, “changed his account of the crime over the course of four statements, each of which differed from the others in material ways.” Id. at 1. The undisclosed evidence included the following:

After considering this evidence, the Court held: “Beyond doubt, the newly revealed evidence suffices to undermine confidence in Wearry’s conviction.” See id. at 7. The Court faulted the state postconviction court because it “improperly evaluated the materiality of each piece of evidence in isolation rather than cumulatively,” and “emphasized reasons a juror might disregard new evidence while ignoring reasons she might not.” As a result, the Court reversed Wearry’s conviction and remanded the matter for a new trial.

Louisiana Rule of Professional Conduct 3.8(d) requires a prosecutor to “make timely disclosure to the defense of all evidence or information known to the prosecutor that the prosecutor knows, or reasonably should know, either tends to negate the guilt of the accused or mitigates the offense . . . .” See La. Rule of Prof’l Cond. 3.8(d). Whether a disciplinary action will commence against the prosecutors responsible for the prosecution of Mr. Wearry remains to be seen.