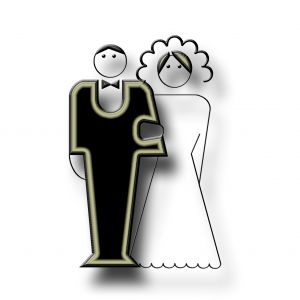 I stumbled across a recent blog post asking an interesting question about me, “Is attorney Dane Ciolino of New Orleans an apologist for judicial misfits, a moron and ethically inept?” Although I’m not certain what the answer is to the blogger’s question, I certainly understand why he asks it. I represent former Judge C. Hunter King in a lawyer disciplinary proceeding in which the Office of Disciplinary Counsel seeks to have Mr. King permanently disbared from the practice of law. The Louisiana Supreme Court rightly removed Mr. King from the Civil District Court bench many years ago for his clearly unethical conduct as a judge.

But there are many reasons why the court should not now revoke Mr. King’s law license, all of which are solidly grounded in existing law. Under Louisiana law a former judge’s law license is not in peril for misconduct committed as a judge unless the supreme court expressly says so in the order removing the judge from the bench. In Mr. King’s case, that just didn’t happen. Mr. King’s subsequent guilty plea to a crime arising out of the same conduct didn’t change anything in this regard, given that his conviction has been expunged—something that the law says is equivalent to an acquittal.

So why do I represent Mr. King? I don’t represent him because he is entitled to a vigorous defense; he’s not entitled to any such thing, and certainly not from me. I don’t represent him for the money; it’s just not that good. Rather, I represent Mr. King because his case is fun and important—at least to me. His case presents the classic conflict between doing what is right under the law and doing what is popular to the under-informed. The popular thing to do with Mr. King would be to revoke his law license, and then for good measure, draw, quarter, tar and feather him. I’m sure my blogger friend and others would show up to help with raised torches and pitchforks. Given Mr. King’s egregious conduct as a judge, I’d probably come too. Or at least I would if the rule of law didn’t matter.

But it does matter. And it should matter. We as a society are married to the law for better or for worse. The law removed Mr. King for the better when he committed misconduct as a judge. For better and for worse, the law—if fairly applied—permits Mr. King to keep his law license. Although recognizing as much would be unpopular, it would reaffirm our collective vow to support the rule of law.

Maybe the blogger is right. Maybe advocating for this rocky marriage makes me a “moron.” But at least I’m a happily married one.