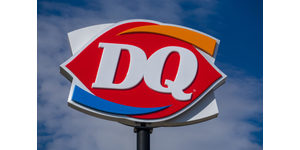 The plaintiffs in the antitrust litigation alleged a conspiracy among health insurance companies to restrain competition in Louisiana and elsewhere for “allergy testing and allergen immunotherapy for seasonal and perennial allergies.” More particularly, they contended that Blue Cross and others conspired to limit the ability of primary care physicians to provide allergy testing and therapy by requiring such services to be provided only by allergy specialists. To this end, the plaintiffs alleged that the defendants wrongfully branded the plaintiffs’ allergy testing and treatment protocols as medically inefficacious and dangerous.

When these allegations first arose, the plaintiffs retained the Baker Donelson law firm in New Orleans to advocate for the protocols before the Louisiana Department of Insurance and with health insurance companies. A year later, Baker Donelson withdrew from that representation.

The plaintiffs later sued Blue Cross and others in federal court for antitrust violations. Baker Donelson enrolled as counsel of record for the defendants—adverse to their former clients. A motion to disqualify followed.

In disqualifying Baker Donelson, Judge Barbier observed that “the safety and medical efficacy of the services provided by primary care physicians pursuant to [the plaintiffs’] protocols is a critical issue in this antitrust case” just as it was in the matters considered by the Louisiana Department of Insurance. Judge Barbier noted that the antitrust litigation differed somewhat from Baker Donelson’s past representation because it presented other “possibly dispositive issues.” However, he held that the “proper method to compare the representations is to look at how they are alike, not how they are different.” Using this analysis, Judge Barbier had “no difficulty concluding that representations are substantially related where counsel advises its current client on the subject matter it had previously advised its former client, in an effort to help the current client to prevail over the former on a critical issue shared between the two representations.” In addition, Baker Donelson had previously warned of the “anti trust ramifications” of the conduct at issue before the Department of Insurance.1