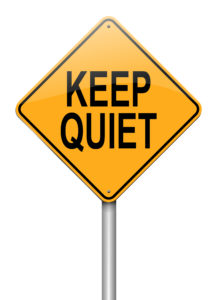 No, according to a recent ethics opinion addressing whether a lawyer may disclose confidential information to respond to online criticism. See Bar Assoc. of Nassau County, Cmte. on Prof’l Ethics, Op. No. 2016-01 (July 2016).

A law firm represented a client in connection with a domestic matter. The client violated a stay-away order and was arrested. After the lawyer declined to handle the client’s criminal matter, the client fired the lawyer and sought a refund of the fees previously paid. When the lawyer explained that no refund was due, the client’s brother “posted several internet reviews” criticizing the lawyer and calling him a “thief.” The lawyer wanted to respond to the accusation “by including potential confidential communications with the former client in order to tell ‘his side.'”

In advising the lawyer to refrain from responding, the committee noted that although New York Rule 1.6(b)(5) permits a lawyer to respond to “an accusation of wrongful conduct,” it does not apply to informal criticisms on the internet. The committee reasoned as follows:

The language of the exception, and the comments thereto, suggest that it does not apply to informal complaints such as posting criticisms on the Internet. The key word is “accusation” defined in Black’s Law Dictionary 21 (5th ed. 1979) as a “formal charge against a person to the effect that he is guilty of a punishable offense” or a “charge of wrongdoing, delinquency, or fault” Webster’s third International Dictionary Unabridged 22 (2002). . . .

Our conclusion properly respects the vital purpose of [New York] Rule 1.6(a) in preserving client confidentiality and fostering candor in the private communications between lawyers and clients, and it does not unduly restrict the self-defense exception, Rule 1.6(b)(5)(i), which applies to a charge of wrongdoing against the attorney, i.e. the “accusation”. Critical but less formal comments on the skills of lawyers and his law firm, whether in the coffee shop, a newspaper account, a blog, or a website, are an inevitable incident of the practice of a public profession, and may even contribute to the body of knowledge available about lawyers for prospective clients seeking legal advice.

This is good advice in both New York and Louisiana. Indeed, the Louisiana Rules of Professional Conduct are even clearer on this point. Louisiana Rule 1.6(b)(5) permits a Louisiana lawyer to disclose confidential information in self-defense only in a formal “proceeding” to establish a “claim” or “defense” on behalf of the lawyer.