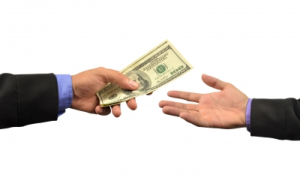 Yes, according to this recent New York opinion. See Hamilton Capital VII, LLC v. Khorrami, LLP, 2015 NY Slip Op. 51199 (N.Y. Sup. Ct. Aug. 17, 2015). Hamilton Capital is a hedge fund that provides “alternative litigation financing,” principally to mass-tort law firms. In 2009, it extended credit to the Khorrami, LLP, law firm at (1) a rate of interest fixed in the credit agreement, (2) plus “Revenue Interest,” which the agreement described was “additional compensation” set at 10%-15% of the firm’s gross revenues for a period of approximately three years after the end of the loan. The law firm defaulted on the loan, and Hamilton Capital sued to collect.

In defense of the suit, Khorrami argued that the loan agreement was “unenforceable because it is a prohibited fee sharing agreement, under New York law, between a law firm and a non-lawyer.” More particularly, Khorrami argued that since its “gross revenue is essentially composed of contingent fees earned on client settlements and verdicts, [the agreement] is an illegal fee sharing agreement with Hamilton.”

The court disagreed: “Defendants are wrong.” The court reasoned that Hamilton did not “have an ownership interest in the Law Firm. A lender who loans money under a revolving credit facility is a creditor of the borrower. Unless the credit agreement provides for equity (for instance, by issuing convertible bonds), the loan results in debt, not equity.” Furthermore, the court held that “Hamilton has no right to control any aspect of the Law Firm’s cases.”