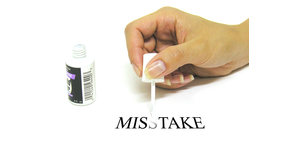 New Jersey lawyer Frank A. Lauletta, III, assisted his high-school friend in various business transactions. He argued that Rule 1.8(a), which sets forth specfic prerequisites for engaging in business transactions with clients, did not apply because it does not govern loans between friends, and because the client—not the lawyer—initiated the transaction.1 See In re Lauletta, No. DRB 15-406, Decision of the Disciplinary Review Board at p. 25 (N.J. Discipl. Rev. Bd. Sep. 8, 2016).

The New Jersey disciplinary board, and ultimately the state’s highest court, disagreed:

Respondent’s counsel advanced numerous arguments for the proposition that the conflict rules should not apply. For example, he claimed that he and Harvey were friends, Harvey was a sophisticated businessman, no one was adversely impacted by the loans, and Harvey simply did not have the time to engage new counsel because his need for funds was exigent. However, the Rule does not carve out exceptions for these circumstances. Respondent’s conduct in respect of the loans was a clear violation of RPC 1.8(a) and (b). We can reach no other conclusion.

Louisiana Rule 1.8(a), like the corresponding New Jersey rule, prohibits a Louisiana lawyer from engaging in any business dealings, either with clients or with others, that are not “fair and reasonable to the client.” However, even as to “fair” transactions, the lawyer still must obtain the client’s written consent to the transaction after the client has received a written, understandable description of the terms of the deal and has had a reasonable opportunity to seek advice from another lawyer. See La. Rules of Professional Conduct Rule 1.8(a).