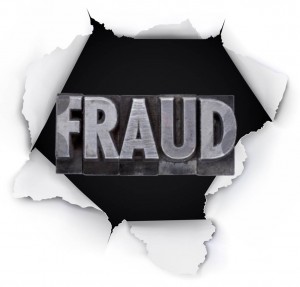 Under Louisiana legal malpractice law, an aggrieved client must file suit within three years of the lawyer’s alleged act of malpractice, and within one year of actual or constructive knowledge of that malpractice. See La. Rev. Stat. § 9:5605. However, these peremptive periods “shall not apply in cases of fraud, as defined in Civil Code Article 1953.” Id. § 9:5605(E). In Lomont v. Myer-Bennett, No. 2014-C-2483 (La. Jun. 30, 2015), the Louisiana Supreme Court expanded the scope of this exception in three significant respects.

[U]nder the clear wording of the statute and the Code article, any action consisting of “a misrepresentation or a suppression of the truth made with the intention either to obtain an unjust advantage for one party or to cause a loss or inconvenience to the other” will prohibit application of the peremptive period. Concealment of malpractice to avoid a malpractice claim conforms to this definition. It would be absurd to interpret the statute to exclude fraudulent concealment of the malpractice. There is no support for an interpretation that would allow attorneys to engage in concealment of malpractice until the three-year peremptive period has expired.

Second, the court held that “fraud” sufficient to halt the running of peremption can arise simply from a lawyer’s silence in the wake of an act of malpractice. Because Louisiana Rule of Professional Conduct 1.4 requires a lawyer to keep the client “reasonably informed,” a lawyer’s failure to notify the client of the lawyer’s own malpractice can constitute a fraudulent act sufficient to trigger the exception. See id. at 19.

Third, the court held that when a lawyer fraudulently conceals an act of malpractice, that fraudulent concealment serves to prevent the running of any peremptive or prescriptive periods until the client becomes “aware of the deception” and learns of the possible malpractice claim. See id. at 26.

As a practical matter, this case portends a significant expansion of liability for legal malpractice in Louisiana. Historically, courts have dismissed a large percentage of legal malpractice claims due to peremption. In the wake of Lamont, however, the “fraud” exception may stop the running of peremption only in those (few) malpractice cases in which the lawyer has expressly informed the client in writing of the act of malpractice.