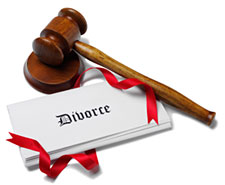 In August of 2014, Anthony Lowery wanted a divorce. But he didn’t want a lawyer. So he turned to Divorce Source at www.3stepdivorce.com. Divorce Source contends that it is a money-saving alternative to a traditional lawyer. After answering questions on the website and paying $299, Lowery received multiple legal documents, including a Petition for Divorce.

Louisiana condemns the unauthorized practice of law in an effort “to protect the public from legal services by persons unskilled in the law.” Id. (citing Louisiana State Bar Ass’n v. Edwins, 540 So. 2d 294 , 299 (La. 1989)). The practice of law includes engaging in the following activities on behalf of another: “the drawing or procuring, or the assisting in the drawing or procuring of a paper, document, or instrument affecting or relating to secular rights.” La. Rev. Stat. § 37:212.

Next, Judge Barbier addressed whether Lowery stated a cause of action for fraud. In Louisiana, the parties to a contract must give their free consent to form a valid contract. La. Civ. Code Art. 1927. Consent is vitiated when it is induced by fraud, La. Civ. Code Art. 1948, which is “a misrepresentation or a suppression of the truth made with the intention either to obtain an unjust advantage for one party or to cause a loss or inconvenience to the other.” La. Civ. Code Art. 1953. Here, Lowery adequately pled that he was defrauded by Divorce Source’s claims that its documents were, essentially, a valid, turnkey divorce solution.

This case is particularly interesting because of the impact it could have on other online legal form and legal service providers.  For example, LegalZoom.com, Inc., which is a major player in all things legal on the Internet, has been sued for unauthorized practice of law in California, Missouri, Washington, South Carolina, Alabama, Ohio, Arkansas, and North Carolina. Although some jurisdictions have enacted a special regulatory system that authorizes the creation of legal documents by nonlawyer entities like LegalZoom and Divorce Source, Louisiana has not. Lowery v. Divorce Source may, eventually, shed some light on whether the “practice of law” in Louisiana includes providing semi-automated legal pleadings to the public.